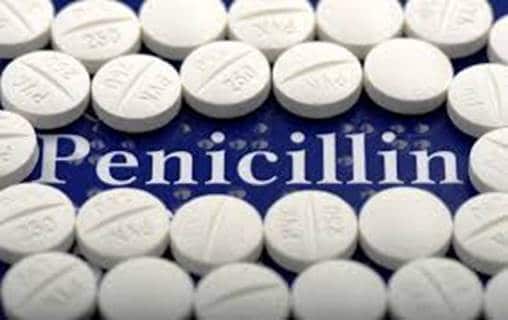 I feel we should take a few minutes to consider the experience of one of our departed colleagues.

Imagine a life without antibiotics. Imagine this. It’s 1941 and you are a forty-four year old constable who develops horrendous staph and strep infections to your face as a result of a scratch from that most dangerous of things – a rose bush. Although scientists are working to develop medicines that we would now recognise as antibiotics, no such thing exists in a practical sense. Before you know it, the infection has got so bad that you have gaping abscesses all over your face, one of your eyes has rotted away and you find yourself lying in your bed at the Radcliffe Infirmary, Oxford, surrounded by people who are pretty certain that you’re going to die before long. Hazardous thing – gardening.

Poor Albert, in his sorry state, then came to the attention of one of the pioneers of penicillin development, Dr.Howard Florey, who realised that the new medicine he was developing could possibly kill the infection but, as the drug had only been tested on small animals up to that point, it was unclear whether it might kill Albert as well.

I like to think that Albert demonstrated that clear-headed Bobby mindset of realising when he was in an horrendous position and decided that it was best to get on with the only option available to him and put himself in the hands of Dr.Florey; perhaps these days he would have consulted the National Decision Model.

Dr.Florey, for his part, had some problems of his own in that his team were only able to produce tiny quantities of penicillin to trial. Using these small quantities, they provided Albert with the drug for five days, noticing an obvious improvement in his general condition and, in particular, that his facial infections were showing signs of healing. Unfortunately, after those five days, they ran out of penicillin – even after re-administering minute quantities of the stuff that they had abstracted from Albert’s urine. The poor chap died the following month – another unsung police hero – but the work conducted around his treatment did at least help to push the research in the right direction.

Perhaps we should all remember Albert when we don’t bother to complete that antibiotic course that the doctor or dentist prescribes to us.

The anniversary of his passing is 15th March. Why not take a moment at briefing to raise a cup of tea to his memory.